Racing driver, Billy Monger returns to racing at Donington Park in these photographs taken for The Times.

It was during a race at Donington Park in 2017 that Billy crashed into the back of a stationary car. He then spent 90 conscious minutes trapped while the emergency services worked to free him. In hospital we was placed into an induced coma and awoke three days later to find his legs had been amputated. He was just 17.

On a dismal afternoon and only 17 months after the surgery Billy ‘Whizz’ was back in a racing car driving at 150mph to compete at the very same track and took time between practise laps to be photographed by me and interviewed by Rebecca Clancy.

He now races a Carlin Formula 3 car with ambitions to one day compete in Formula 1 and has met and received the support of his idol Lewis Hamilton who contributed to a fund that has raised £840,000. Modifications have been authorised and made to his car that enable him to operate gear changes and throttle from the steering wheel while he brakes using a prosthetic right leg. A unique hand operated clutch as been added to enable his starts from the grid.

Billy says he is mentally stronger since the accident though he is still working hard to regain his previous fitness. He is seen as inspirational by many people which at only 19 he says he finds a ‘big deal’. As for his race at Donington he says “I’ll just focus on trying to win”. 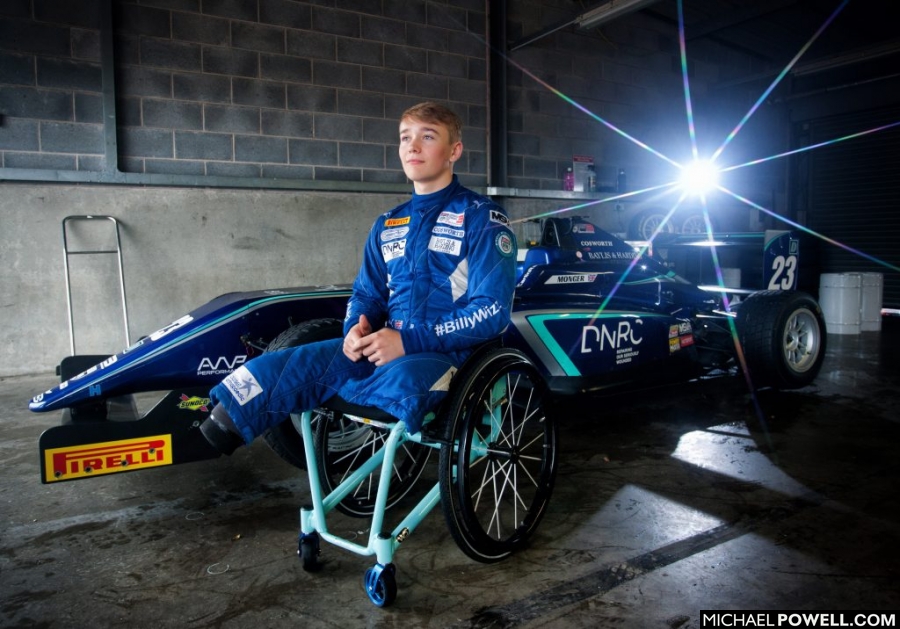 Billy Whizz returns to Donington Park, the circuit where an horrific crash resulted in the amputation of his legs. 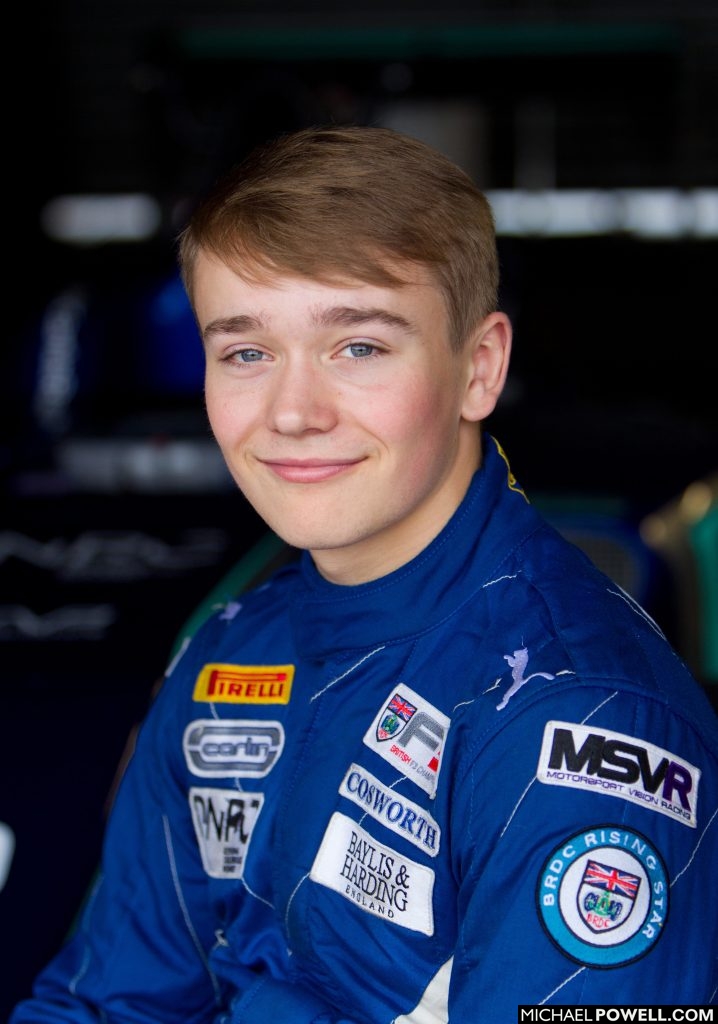 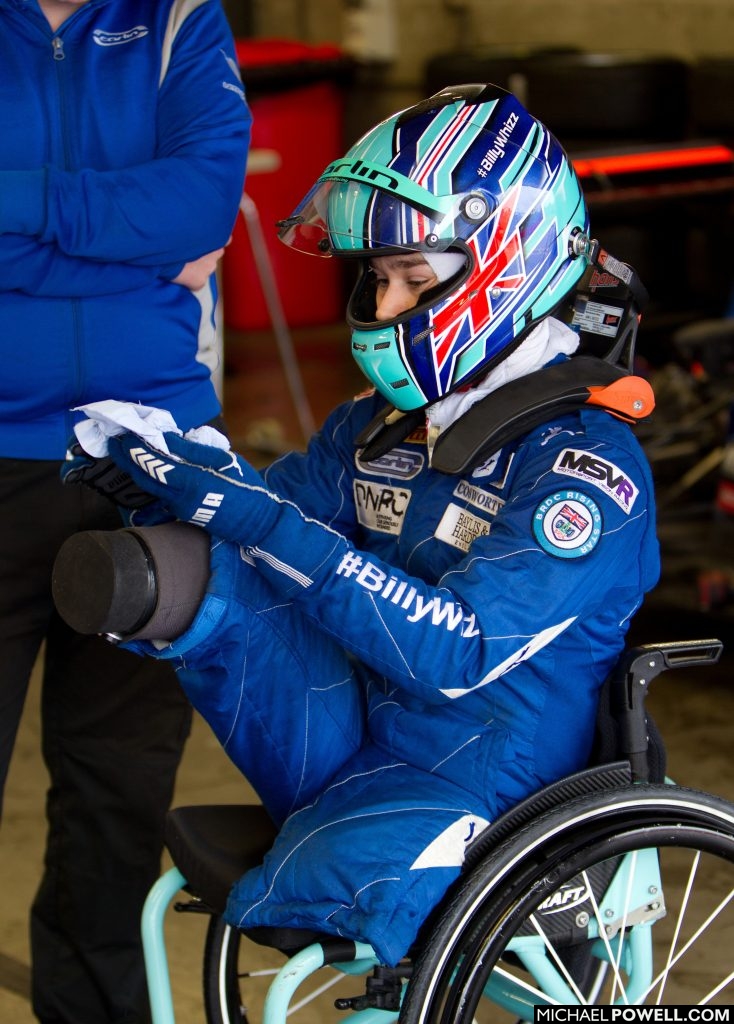 Billy’s stearing wheel has been specially adapted to incorporate throttle and gear padels.

Billy back to full throttle at Donington Park.

Billy with sister, Bonny as he returns to Donington Park, the circuit where an horrific crash resulted in the double amputation of his legs.