Case study in The Times

A bread and butter case study this for The Times Money pages. This gentleman had a problem with his energy supplier helping themselves to his bank account via Direct Debit after billing him incorrectly for a period of time. I include it here because despite not being the most fascinating of assignment to a press photographer it was never the less an interesting technical challenge. One of the requests from the desk was a shot taken around the cooker in the kitchen. Typically, the cooker was wedged into the end of a galley with nowhere for me to position myself.

Photography enthusiasts, this is how it was taken. The camera is placed in the corner of the kitchen with a radio trigger operating the flash that illuminates the man as well as another flash hidden behind him with a blue gel pointing to the cupboards. The blind is closed and room lights off so a 2 second exposure can catch the gas flame after the flash has fired. The shutter is released on a timer while I am hiding out of shot around the corner. These sort of jobs may never reach the front page but that doesn’t mean you find yourself working any less hard on them. 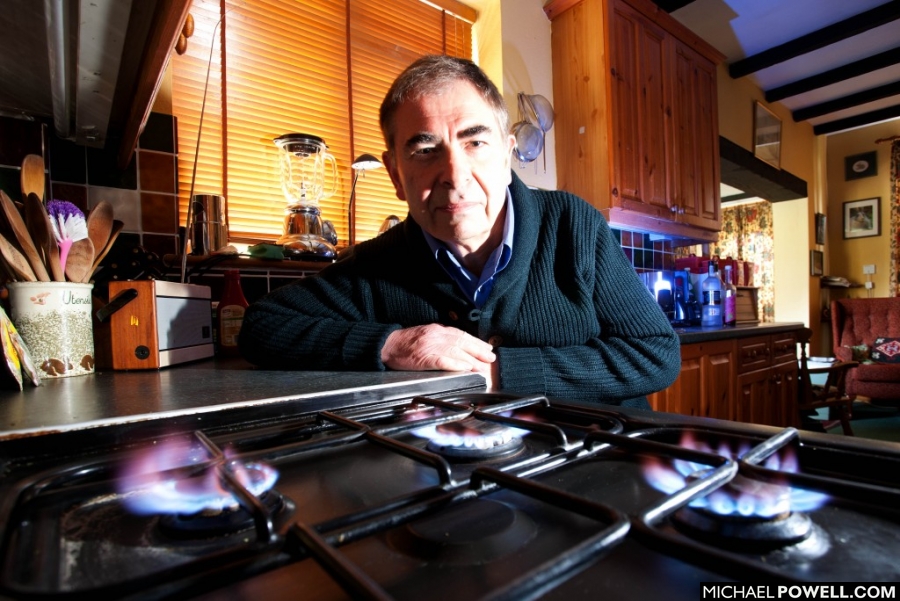 The above shot was the one used but I did others. The shot below was taken a few miles down the road. Here I used a Canon flash with diffuser on a stand with radio slave and used the useful high speed sync (HSS) setting. This meant I could shoot at 1/2000th sec almost straight into the midday sun and open the lens to f4 which knocks the pylon out of focus even on the wide angle lens I was using. 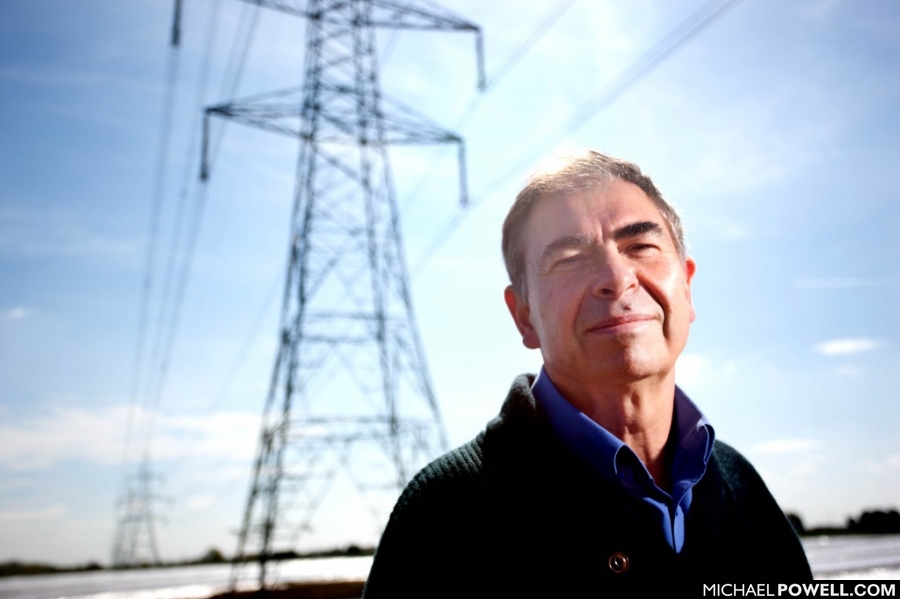 « Sue Townsend Baguette of the north »