Baguette of the north

This caused quite a stir. It’s a commission I did for my pal Adrian at Imagewise on behalf of the supermarket Morrisons that involved the projection of a giant baguette onto the Angel of the North, the 177 ft wide sculpture of and by Antony Gormley. I don’t intend to get drawn on whether or not this should have taken place (go to The Guardian Online for that) but I did take offence at those including Gateshead Council who claimed it was faked or “Photoshopped” as many insist on saying. The shot is 100% genuine. The shutter was open for 15 seconds on a tripod and fired by radio remote. The discussion it created in the North East I believe was because the projection was quite faint. Even with two hours of displaying it right next to the A1 only one person claimed they saw it. The image was actually over-exposed by two stops in camera to make it look that vivid. The Daily Telegraph used it page lead over a third of a page. 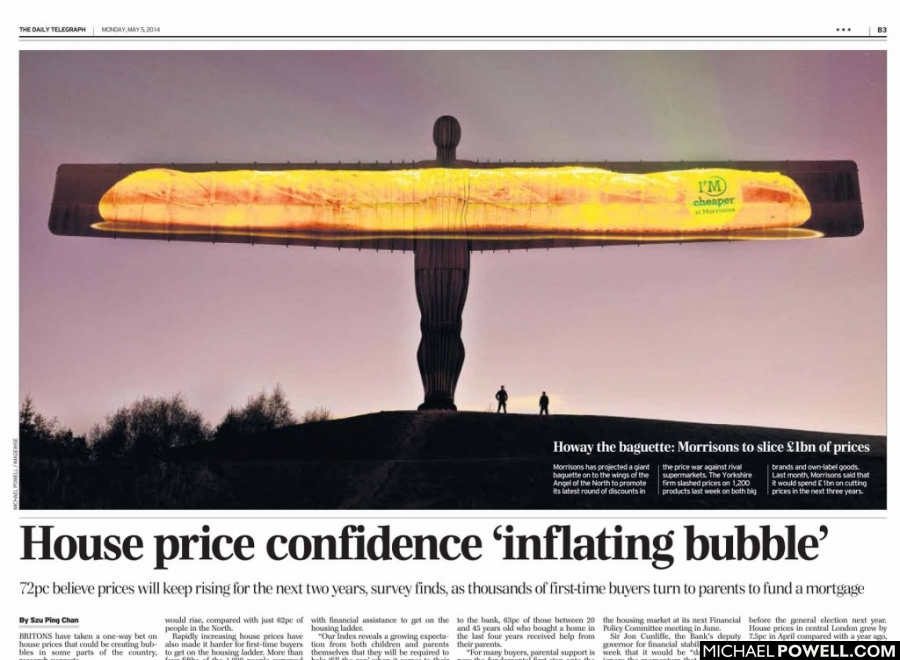 This version was a chance to show-off a bit and try a different technique. The figure is me and I am firing the camera by radio trigger with a flashgun on the floor behind me also fired by a radio slave. After the flash has fired I have run up to the statue wearing a head torch and holding a flashlight. The 30 second exposure that exposed the statue correctly has also recorded my movement. 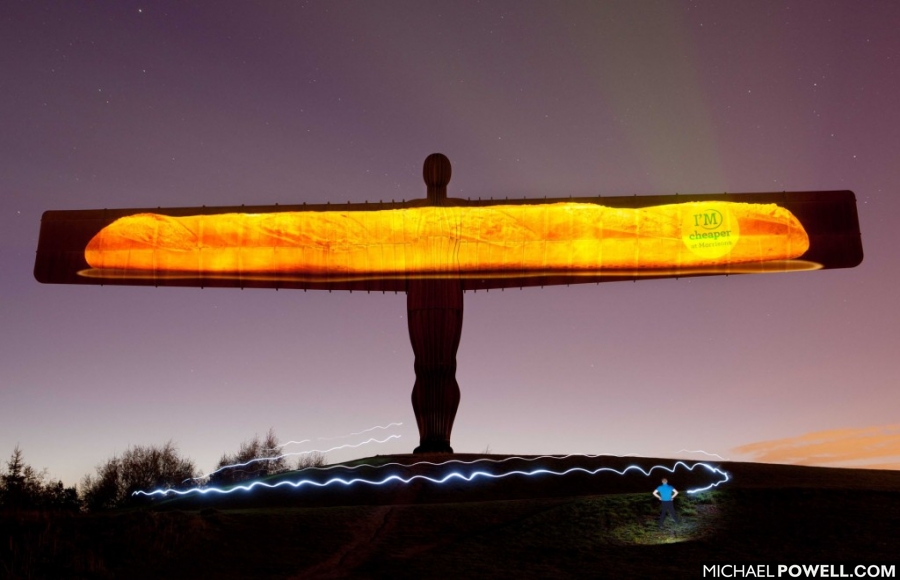