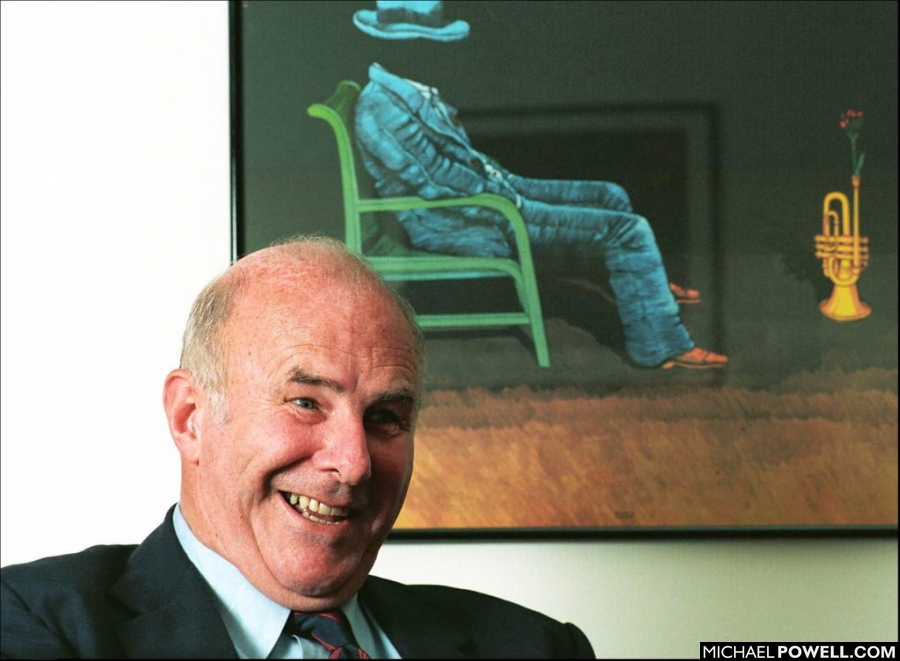 Farewell Clive James who died on 24th November 2019 at the age of 80. I spent a very enjoyable hour or so photographing him for The Times in the mid 1990s. I shot maybe three or four rolls* of him as he chatted and afterwards during some one-to-one time. For somebody who had spent so much of his life in front of a camera he seemed genuinely nervous in front of mine. I hope that wasn’t a reflection on me as I consider myself quite discreet and sensitive when photographing people. Maybe it was the lack of control as most of his TV appearances were his own work, wonderful travel series, documentaries and hilarious late night chat shows. (Check out the regular TV appearances with Peter Cook). Anyway, he soon relaxed and a stream of funny stories, recollections and observations flowed (which I wish I could repeat here). One thing I remember was that when setting up my distinctly low-tech lighting (a single Metz CT-45 flashgun connected by a 15 foot sync cable and translucent brolly) I said “This is as high-tech as it gets”. He replied with “But I’m a low-tech guy”.

I’ll locate the rest of the Clive James shoot sometime for another blog post but for now this is the one shot I can find. The Times printed a more thoughtful tight portrait of him looking down the lens, a style I regret getting a bit too keen on back then. I’ve noticed that all my portrait shots from recent years are much looser and certainly better lit, though you can’t knock that old Metz! Clive James appears in my website gallery of portraits. Check out portraits old and new here.

*rolls of photographic film for those too young to know. Look it up, it’s amazing. Think of it as the visual version of vinyl**

***mp3 – think of it as the digital version of compact cassette****

****cassette – think of it as the audio version of photographic film.

Glad that’s all cleared up.