I had the pleasure of photographing the recently departed Richard Attenborough a few times. He was delightful. The last time we met we walked down a church path chatting with his arm around my shoulder. He surely couldn’t have remembered me and yet he treated me like an old pal. A charismatic and forcefully charming man, many of todays so called “stars” could learn a lot from him and the way he lived his life. I urge you to read his obituary in The Times today (26th August). 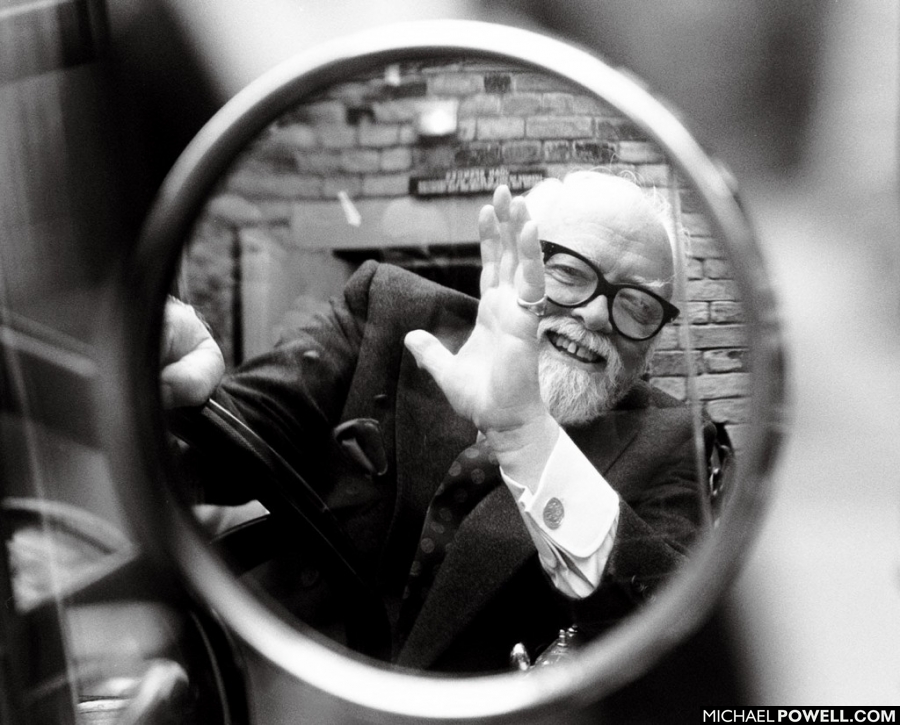 I recently visited the Royal Academy of Arts and bumped into pop artist Sir Peter Blake so took a few shots of him with some recent works including his Beano lithograph celebrating famous cartoon characters leaving the Dundee school that inspired the Bash Street Kids. Weirdly it was almost exactly 20 years since I last photographed him and in that very room. Now and then photographs below. 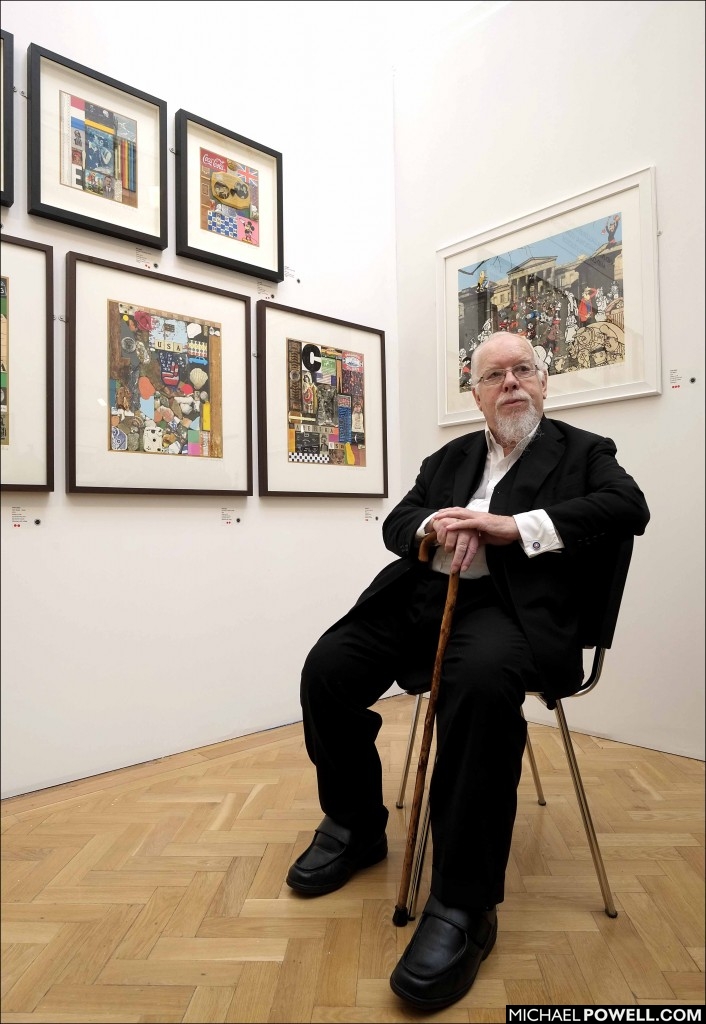 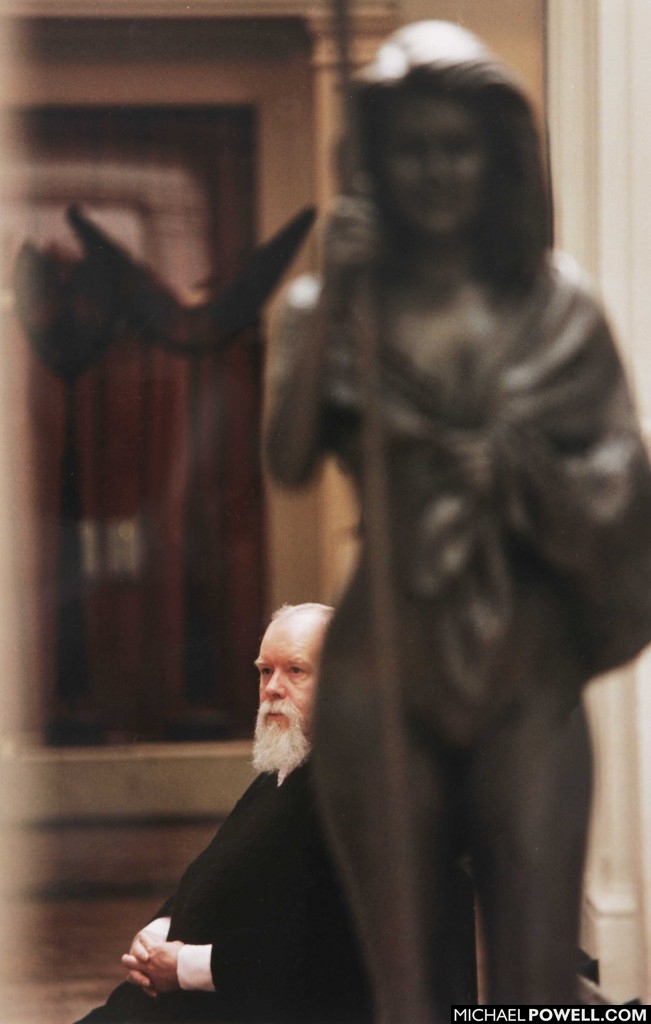 Baguette of the north

This caused quite a stir. It’s a commission I did for my pal Adrian at Imagewise on behalf of the supermarket Morrisons that involved the projection of a giant baguette onto the Angel of the North, the 177 ft wide sculpture of and by Antony Gormley. I don’t intend to get drawn on whether or not this should have taken place (go to The Guardian Online for that) but I did take offence at those including Gateshead Council who claimed it was faked or “Photoshopped” as many insist on saying. The shot is 100% genuine. The shutter was open for 15 seconds on a tripod and fired by radio remote. The discussion it created in the North East I believe was because the projection was quite faint. Even with two hours of displaying it right next to the A1 only one person claimed they saw it. The image was actually over-exposed by two stops in camera to make it look that vivid. The Daily Telegraph used it page lead over a third of a page.

This version was a chance to show-off a bit and try a different technique. The figure is me and I am firing the camera by radio trigger with a flashgun on the floor behind me also fired by a radio slave. After the flash has fired I have run up to the statue wearing a head torch and holding a flashlight. The 30 second exposure that exposed the statue correctly has also recorded my movement.

Case study in The Times

A bread and butter case study this for The Times Money pages. This gentleman had a problem with his energy supplier helping themselves to his bank account via Direct Debit after billing him incorrectly for a period of time. I include it here because despite not being the most fascinating of assignment to a press photographer it was never the less an interesting technical challenge. One of the requests from the desk was a shot taken around the cooker in the kitchen. Typically, the cooker was wedged into the end of a galley with nowhere for me to position myself.

Photography enthusiasts, this is how it was taken. The camera is placed in the corner of the kitchen with a radio trigger operating the flash that illuminates the man as well as another flash hidden behind him with a blue gel pointing to the cupboards. The blind is closed and room lights off so a 2 second exposure can catch the gas flame after the flash has fired. The shutter is released on a timer while I am hiding out of shot around the corner. These sort of jobs may never reach the front page but that doesn’t mean you find yourself working any less hard on them.

The above shot was the one used but I did others. The shot below was taken a few miles down the road. Here I used a Canon flash with diffuser on a stand with radio slave and used the useful high speed sync (HSS) setting. This meant I could shoot at 1/2000th sec almost straight into the midday sun and open the lens to f4 which knocks the pylon out of focus even on the wide angle lens I was using.

The novelist Sue Townsend passed away on Thursday. I was saddened by this news as I photographed her at her Leicester home some years ago and much enjoyed her company. Her eyesight was rapidly failing and she was dogged by poor health but I heard no words of complaint, quite the contrary. I was there much longer than usual as we kept finding things to chat about. The shot was used well in the prime Sunday Times interview slot. They chose a landscape version to suit the page but I quite like the portrait shot here. I did less formal shots too and included a sunflower in one taken in her garden (below) as she explained that she could still see the bold splashes of big colourful plants but not the little ones.