Calling all Lincoln City F.C. fans. Tickets are now on sale for a charity fund raiser featuring Lincoln City F.C. managers Danny Cowley and Nicky Cowley at Lincoln’s Engine shed on Monday 19th March. The official poster features my portrait of them taken for The Times at the height of last year’s FA Cup run. The session very nearly didn’t happen as Danny and Nicky were frantically trying to leave Sincil Bank for an appointment with BT Sport at West Ham Utd. My ‘studio’ was already set-up from photographing striker, Jack Muldoon naked for The Times My sporting body series so after a little cajoling on my part we all dashed up the stand to the VIP Lounge for some frantic editorial portrait photography. Thankfully the Cowleys gave me the time I needed before jumping into their car and driving straight down to London. Tickets cost £15.00 and can be purchased online here at Eventbrite. 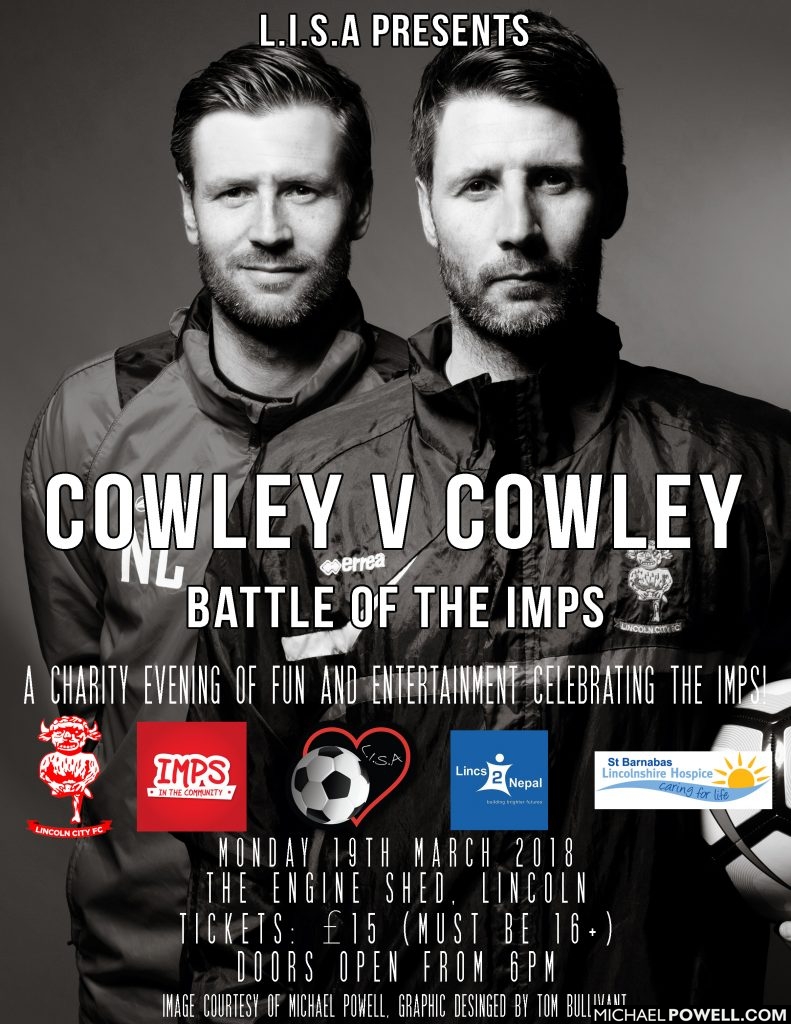