Winter Olympics retouching for The Times 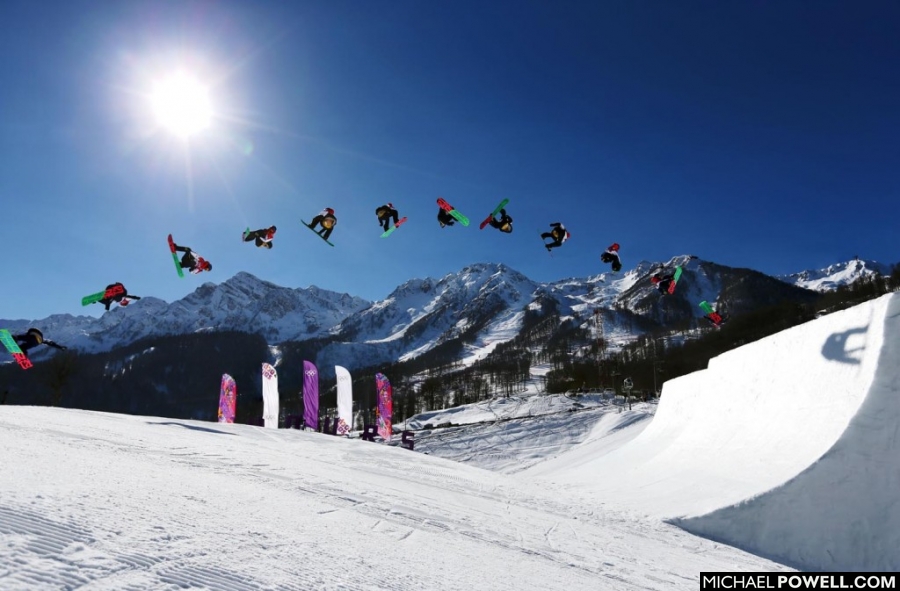 The Times Sport Photographer Marc Aspland is busy working hard in Sochi. On Sunday he called me to ask if I could produce a multiple exposure montage of Team GB’s snowboard slopestyler Billy Morgan for the next day’s paper. I did two versions, the first using all 25 frames Marc took in one burst but I preferred this one where I chose alternate frames. The trickiest bit was removing the remote cameras and wires between the action and the sun. It’s times like these you appreciate how many millions of tones a top class DSLR can now capture. The Times used it very nicely in both print and iPad editions.