The Times has just published an excellent feature by Alyson Rudd on women in football that centres on female directors of Premier League clubs. My portrait of Huddersfield Town operations director, Ann Hough was prominently used over the two page feature entitled ‘Powerful women who sit at the top table in man’s world‘.

When photographing Ann in the impressive John Smith’s Stadium I was struck by her blue loafers which I assumed she was wearing for the photographs being the club’s colour. Actually, it was coincidence. Still, a nice touch which is why she has her feet up in the picture. We added a club scarf just to emphasise where we were. I used a short telephoto lens with very wide aperture to isolate her and introduce some splashes of out of focus colour in the background. Off-camera flashes from left and behind lift the heavy shadows and give rim light to her hair.

The other women in football featured are Michelle Walder of Brighton & Hove Albion photographed by my old friend Marc Aspland, The Times Chief Sport Photographer and Denise Barret-Baxendale of Everton F.C. 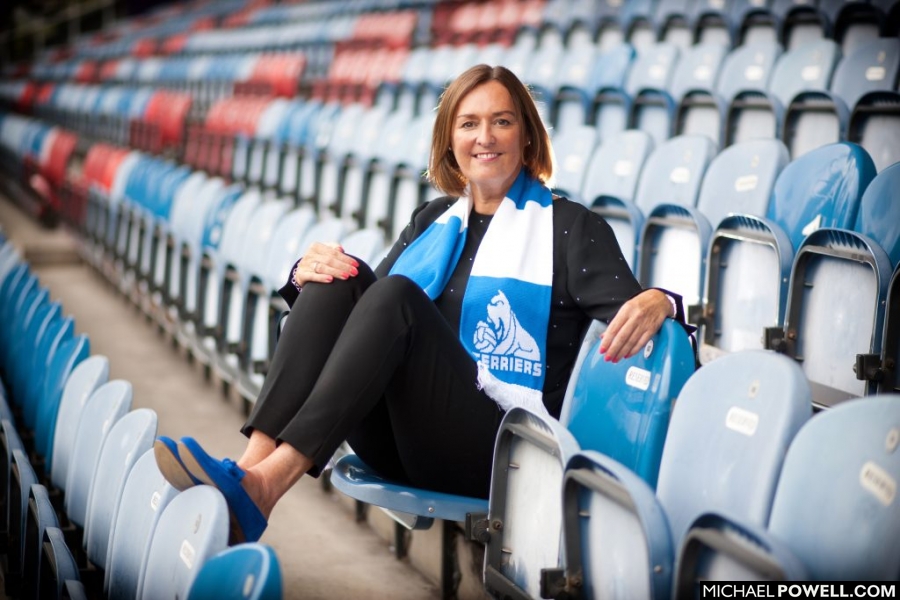 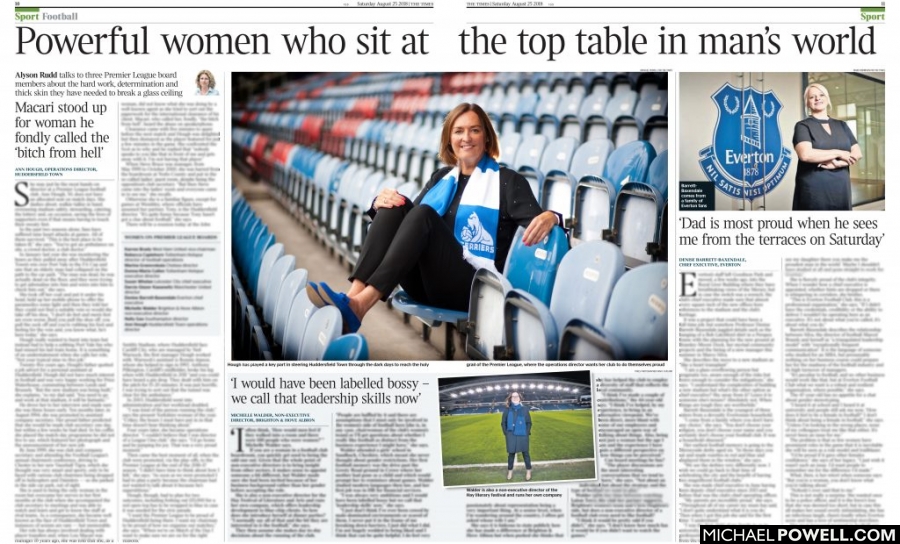