I was spending New Year’s Eve in Scotland in a house by the beach when I noticed the occasional person walking past staring out to see. Eventually I realised they were trying to spot the Aurora Borealis (Northern Lights). As midnight approached it became stronger so I grabbed the camera and took this of my son Ollie. On this occasion I had no tripod as was on holiday travelling light so I borrowed my wife’s foil-wrapped banana loaf and rested the lens on it for the 30 second exposures. Using a 2 sec self timer reduced movement further. Banana loaf tasted great too. 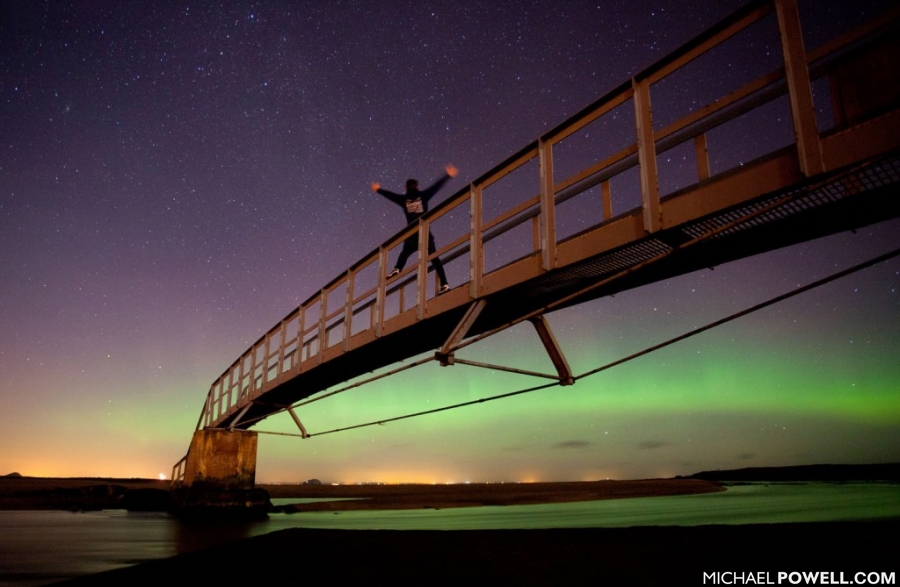