The Sunday Times had used my portrait of Leicester City star striker Shinji Okazaki over a half page and online here. The only location available to me was a meeting room at their training ground and had to fit in with various interviews. My three lights were set-up in silence during  TV interviews which meant I had no opportunity to test everything before Shinji was ready to be photographed. In all I took just 20 frames of him before my time was up and having checked the file creation times on the first and last frames shot they both read 11:13am so I did the whole job in less than one minute. This is a brilliant example of having faith in technique and knowing equipment inside out. There was zero time to fine-tune  so everything had to work properly (including me) and thankfully no bits of kit proved temperamental. Editorial portraits against the clock like this are almost always a case of making the most of a situation and getting something out of what often seems like nothing. In this case I read somewhere that Shinji Okazaki enjoys being on the dance floor so decided to make a feature of my own lighting rig. I did consider using coloured gels on the flashes behind him but thought that would be pushing my luck with so little time available. Maybe next time. 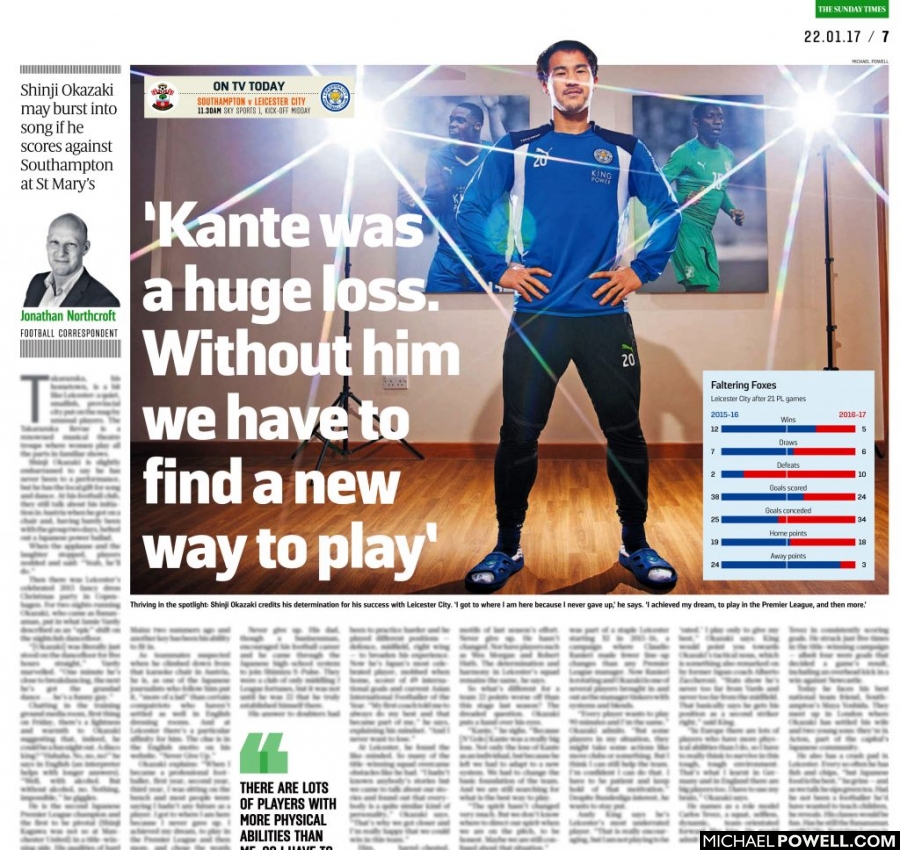