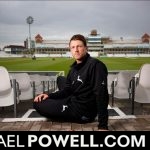 Here are my portraits of Australia fast bowler James Pattinson as published in The Sunday Times. James is uniquely positioned to give the England team a headache should he picked for the forthcoming Ashes tour as he is currently playing for Nottinghamshire County Cricket Club gaining an insight into England’s top cricketers. He already has 36 […] 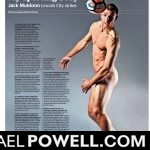 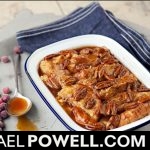 Here’s the first in a regular series of recipe blogs from Green and Powell food photography & recipe development, a superb Breakfast Brioche Bread and Pecan Pudding with Maple Syrup. Chef, Rachel Green and I have produced and photographed over 1000 recipes together over the last ten years and published two recipe books. Much of our work […] 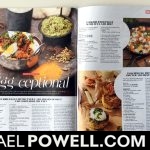 Hello! magazine has featured another spread of work by Green and Powell food photography and recipe development. Five of Rachel Green’s recipes featuring eggs photographed by me are featured in the spread in the Hello! lifestyle section. They are all brilliant. I know because I tried each one when I’d finished doing the food photography. A particular […] 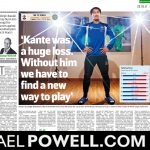 The Sunday Times had used my portrait of Leicester City star striker Shinji Okazaki over a half page and online here. The only location available to me was a meeting room at their training ground and had to fit in with various interviews. My three lights were set-up in silence during  TV interviews which meant I […]